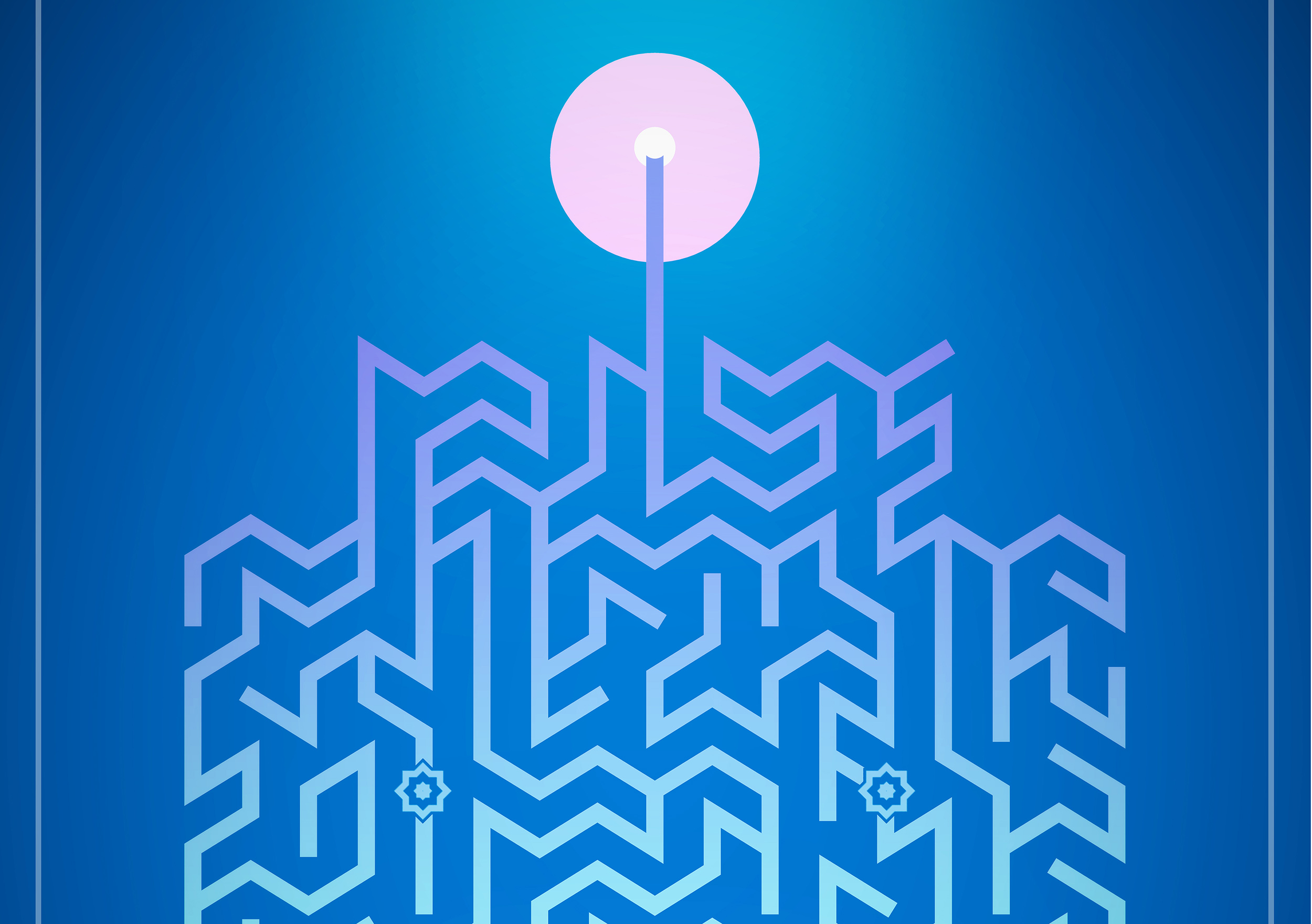 Mizmaze is a fast-paced escaping game about dexterity and instinct, available now on android, IOS, and PC.

It is my first completed and published video game.
Every maze is procedurally generated: the path to the exit is never the same and the experience is unique for every player.
The gameplay evolves to create challenges so that human and machine stay tight on the race and to create renewal and surprise during each play.

Immersed in colorful geometrical art, with a rich and vibrant soundtrack composed by Théo Harfoush, Mizmaze is a mesmerizing sensory experience. The animations, adaptive and atmospheric soundscapes and responsive controls aim to create a dinstinctive state. One of frenzy and focus, emphasized by outbursts of tension and relief. 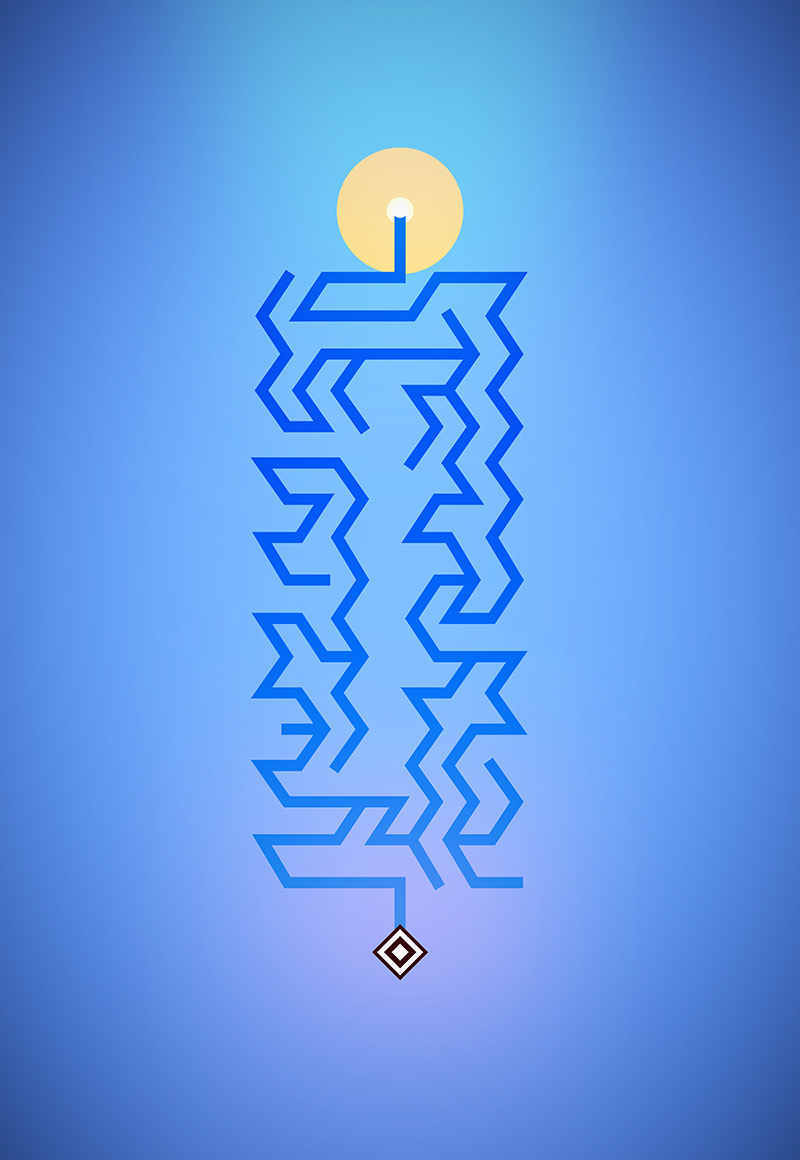 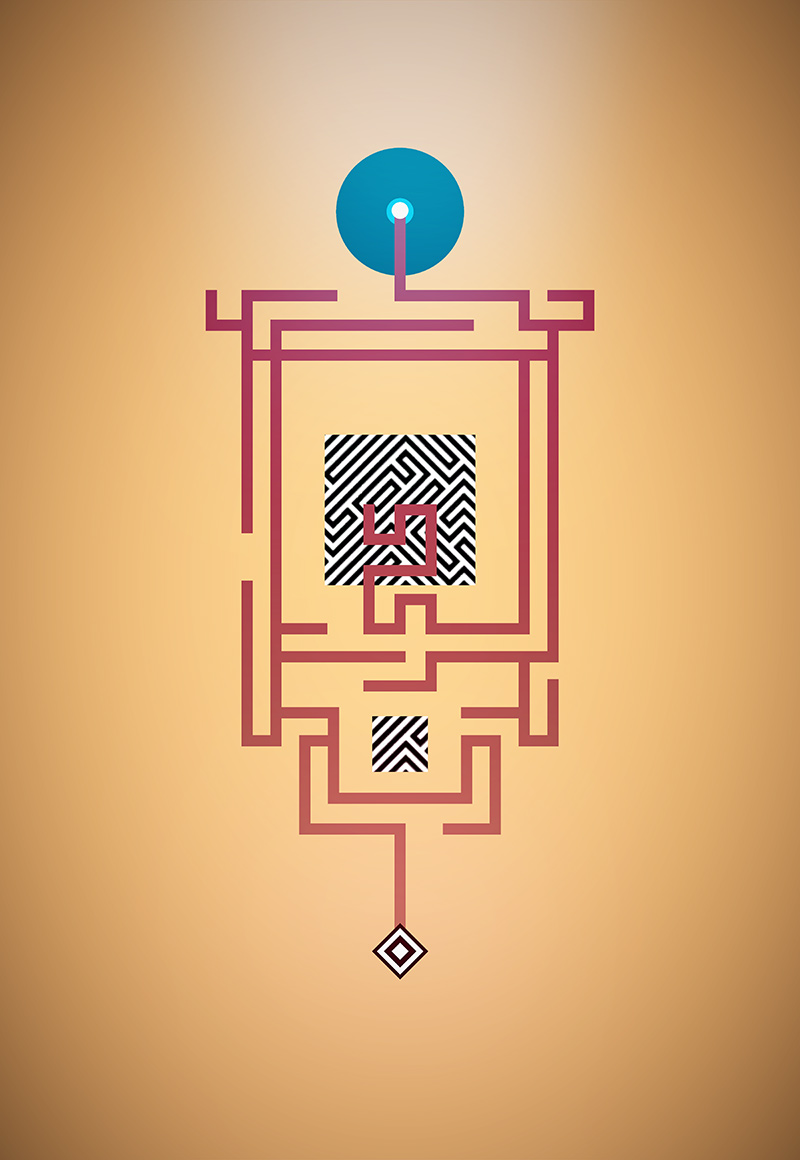 Inspired by the graphical style and gameplay evolutions, Yannick Bouquard wrote mythologically inspired guidelines to each level, taking the player through the different moods of the game.
Human vanity and ability to overcome challenges are some of the themes adressed by the authors’s poems. The texts are poetic and evocative rather than truly telling a story, they reflect the visual and interactive evolutions of the game through sonorities and figures of speech.

Mizmaze is the first released game of Ben Vedrenne, an independent 3d artist and graphic designer. Mizmaze started in July 2016 as a simple maze generator and solver algorythm. The idea of human brain racing against algorythm was appealing, and testing the emergent game on friends and family convinced Ben Vedrenne to expand the project to a full game. Mizmaze was also a graphic exploration of procedurally generated patterns. Inspired by ancients geometric patterns, finding the right mix between handmade creation, procedural generation and efficient level design was most of the work. Obtaining a visually appealing result was a complete process of trial and error where Ben Vedrenne fed the algorythm with various data structures while improving it. Mizmaze’s algorythm adapts to the player in real time by using dynamic difficulty adjustment, the game aims to keep the player in a state of flow. The AI’s speed is modelled on the player’s performance. The relationship that players will develop with the algorythm mirrors the creative process : the human adapts to the AI as much as the AI adapts to the human. They feed each other, while being oponents, so that an ambiguous relationship emerges.